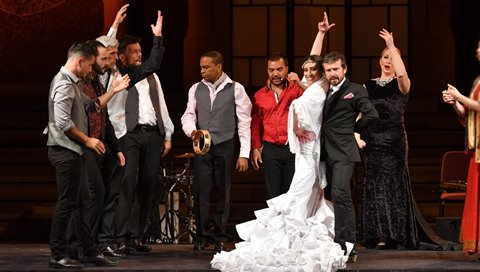 The Teatre Poliorama de Barcelona was founded in 1906 at the headquarters of Real Academia de Ciencias y Artes de Barcelona (Royal Academy of Sciences and Arts of Barcelona).

In its early years, best movies of that time were screened in Teatre Poliorama. Years later, between 1937 and 1939, it was the Teatre Català de la Comedia (Catalan theatre of Comedy).

During the Spanish Civil War, the building was seized by CNT-FAI, a confederation of anarcho-syndicalist labour unions and was home to a plage of shootings of POUM's (Workers' Party of Marxist Unification) and CNT's members. This was described by George Orwell in Hommage to Catalonia.

Years later, the Teatre Poliorama was reopened and now it's one of the main cultural centres in Catalonia, where important theatrical productions from around the world are performed.